LUCA BIGOTE
(ritmo / FMUD / Tiella Sound)
Italian-born but Berlin-based, Luca Bigote is a prolific DJ and the person behind Tiella Sound.He is currently involved with multiple successful music projects, which include curating ritmo club-night in Berlin, FMUD summer parties in Italy and the artistic direction of the mini-festival
Esperimenti.
After being invited to contribute to podcast channels in US, UK, Spain, The Netherlands, Italy and Germany, and to showcase his strictly personal and eclectic music vision across radio shows on Berlin Community Radio, Cashmere Radio, Radio Raheem, RTS.FM and Hamon Radio Tokyo to name a few, in June 2019 he started hosting his own Tiella Sound Radio Show – a musical box of different styles featuring an exclusive guestmix every month.
Displaying an intent to never be pinned down by genres, his diverse sets are representative of all the experiences he accumulated over the years, that led him to share the dj booth with
artists like Tornado Wallace, Patrice Scott, Fantastic Man, Rahaan and many more.
Listening to music on a vast scale while living in some of the most trend-setting European
capitals, he has enriched his background, resulting in a global journey into all the different
shades of House music and beyond, Electronica ambience and some Disco grooves — with a whimsical Balearic feel. This approach was clearly showcased in September 2019, when he played a 6-hour marathon set for the legendary Buttons party at about blank in Berlin.
In the past, he also contributed for Italian music webzines such as Tsinoshi Bar and RITC, and acted as prime ambassador of Enzino’s Records — a vinyl-only label supported by the likes of Axel Boman, Soul Clap, Wolf+Lamb, OYE Records and Phonica. 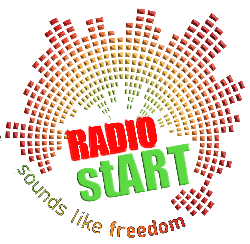